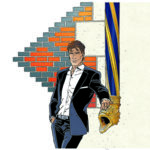 With Largo Winch, economics becomes fun, sexy and educational. It seems entirely logical for the boss of the W Group to invite you on a VIP tour of this Exhibition quite unlike any other in the world.”

This hiring fee is set for the following exhibition format:
See all available package options
Core Experience
Immersive digital experience
Panels and graphics
Original collection
Reproductions
Exhibition Partners
EXHIBITION CURATOR: DIDIER PASAMONIK
Renowned comic book specialist Didier Pasamonik is Managing Director of ActuaBD.com, France’s leading news website on comics.
His publications include Critique de la bande dessinée pure (Berg, 2008), Regards croisés de la bande dessinée belge (Snoeck, 2009), Mickey à Gurs - Les Carnets de dessin de Horst Rosenthal, which he cowrote with Joël Kotek and Tal Bruttman (Calmann Levy and Mémorial de la Shoah, 2014). He was also the curator of the exhibition Shoah et bande dessinée at the Paris Shoah Memorial (2017) and scientific advisor for the exhibition Goscinny, au-delà du rire at the Museum of Jewish Art and History (mahJ, 2017).
In turn journalist, bookseller, publisher and exhibition curator, Didier Pasamonik has more than forty years of experience in the comic book industry. His Belgian roots surely have something to do with that. He was acquainted with the great household names of comics – Hergé, Jacobs, Franquin, Peyo, Morris, Jijé, Hugo Pratt and Moebius among them – as well as Jean Van Hamme of course and above all Philippe Francq, whom he met while still a student at acclaimed Belgian comic book figure Claude Renard’s Atelier R. It is therefore as a respected authority that he has embarked on this project delving into Largo Winch’s universe.

The world of economics has changed beyond recognition in the space of thirty years. And that’s not all: our vocabulary has gained new words and new concepts, such as public takeover bid, Dow Jones, globalisation, sub-primes or offshoring. These have now entered the mainstream and are widely understood. The image of Largo Winch reflects this change in perception: the "humanist billionaire" is in stark contrast with the image of the potbellied banker or ironmaster of Balzac’s or Zola’s great 19th century novels. With Largo Winch, we find that economics is an adventure where everyone can find fulfilment and, who knows, perhaps even help make our world a better place.

The exhibition Largo Winch, economic pathfinder, is an opportunity to paint a picture of 30 years of economic practices and to analyze the changes that have taken place since the first album was published back in 1990, while delving into the world of the hero who, at just 26 years of age, inherits a vast financial empire.

His adventures yield a highly original insight into the mysterious workings of the economy. This exhibition will thus give visitors of all ages – fascinated in comics, economics and adventure – a chance to witness the great talent of the authors (the scriptwriter and creator of the saga, Jean Van Hamme, the illustrator Philippe Francq and Éric Giacometti who has taken over the plot-writing from the 21st album) through some sixty original illustrations, artefacts, reproductions, videos and sets. With this exhibition, the visitor is invited to venture into the makings of a bestseller and explore the Largo Winch galaxy, to meet with the hero, his team, his friends and enemies as well as discover the extraordinary cityscapes: from Istanbul to Chicago, London to Hong Kong, Amsterdam to Venice.

With a unique journey through the 22 albums, these themes enable to delve into significant economic concepts and events in recent history, such as stock market crashes, subprime crisis, large-scale corruption, imperialism, sovereign wealth funds and high-frequency trading. With this exceptional exhibition, Citéco is showcasing its ambition to address and decipher the key debates that are shaping society whilst shedding light on economic questions in an educational and entertaining way.

The world of economics has changed beyond recognition in the space of thirty years. And that’s not all: our vocabulary has gained new words and new concepts, such as public takeover bid, Dow Jones, globalisation, sub-primes or offshoring. These have now become mainstream and are widely understood. The image of Largo Winch reflects this change in perception: the “humanist billionaire” is in stark contrast with the image of the potbellied banker or ironmaster of Balzac’s or Zola’s great 19th century novels. With Largo Winch, we find that economics is an adventure where everyone can find fulfilment and, who knows, perhaps even help make our world a better place.

The quality of the Largo Winch series stems first and foremost from its fast-paced, straightforward plots with punchy dialogue that enables us to easily grasp the basics of economics, as well as a touch of humour, thanks to finely honed, perfectly captured characters who evolve in stories shot through with a hint of social satire. Largo Winch above all reveals that managing an empire like the W Group is a thrilling and rewarding adventure with twists galore, as well as a whole host of opportunities for sharing one’s values and enthusiasm.

“Largo Winch, Economic pathfinder” has been laid out in four sections that immerse visitors in the twists and turns of his universe – particularly the world of economics through the economic factsheets written by Olivier Bossard (Professor of Finance and Executive Director of the MSc Finance at the HEC Business School) which provide context and insight to accompany the exhibition’s descriptive panels.

In the first room, visitors will find out more about the authors behind this enthralling saga; the second introduces us to Largo Winch and the people around him – friends and enemies alike; the third unveils the main cities his adventures bring him to and, last but not least, the fourth delves into how, in the 30 years since the first album was released, economics has been impacted by the myriad social and technological changes and upheavals and how this is conveyed in the 22 albums relating the humanist billionaire’s adventures.

The exhibition is introduced by an immersive video show with the most spectacular images of Largo Winch, which masterfully opens the course.

1. THE MAKINGS OF A BESTSELLER

This room introduces the creators behind Largo Winch – a graphic novel initially drawn from the novels by Jean Van Hamme for the first ten two-part albums, followed by original titles for the next ten two-part albums, while the albums since have been written by another novelist, Éric Giacometti, with brand new storylines.

Particularly on show in this room are: the original manuscript of the first version of Largo Winch as a comic book, the complete typescript of the first script by Jean Van Hamme, myriad original illustrations including the first three of the saga, as well as the making-of a previously unseen illustration from the forthcoming album due out in 2021, with a focus on the three key stages in its production (pencil sketch, inking and adding colour). Visitors will also be able to access a recreation of the three authors’ studies with their respective bookcases.

The main exhibition hall takes an in-depth look at the character of Largo Winch, his friends, his companions along the way, his enemies, as well as the women he’s loved.

Between adventures with a small and capital ‘A’, Largo Winch is up against his “Big Board”, in a “lion’s cage”, with formidable directors to contend with.

Particularly on show in this room are:

– The exhibition will present the W Group Board with all the protagonists from the albums.

– A portrait of Nerio Winch (a special commission by the artist Didier Graffet for the occasion) will grace the hall for a clearer insight into the recalcitrant values that make Largo Winch the intrepid, rebellious explorer he is.

– The letters L and W will form a relaxation area where readers will be able to leaf through the albums in the collection, opposite the different sequences of the hall.

– The board bears a description of all the ins and outs of the economic and financial sectors in which the W Group does business: What is a multinational? What is an entrepreneur? A financial empire?, etc.

Among the cities that Largo Winch visits, some 146,000 kilometres away with a total month flight time of 97 hours, are global economic nerve centres including New York, Chicago, London, Hong Kong,

Paris and Istanbul. This outing aboard Largo’s private jet is a pretext to remember the extent to which finance is above all an urban phenomenon. An opportunity for visitors to learn more about the economic and geopolitical importance of these cities in the globalised economy and to admire for themselves – thanks to Philippe Francq’s drawings – the magnificence of these dizzying cityscapes, recreated in an altogether unique set design.

This part of the exhibition plunges visitors into the world of Largo Winch as if they were standing alongside him – thanks to the dizzying illustrations soaring more than 2.2m high.

The exhibition presents detailed factsheets on the economies of the global nerve centres visited by Largo Winch (Paris, Venice, New York, Chicago, Hong Kong) – fully-fledged concrete jungles to navigate at the heart of finance. Other themes are also delved into, such as “The big circuits of the movement of goods.”

With time flying by, a lot has happened in the world of economics in the space of three decades! These events have inevitably influenced the thinking of the “humanist billionaire”. The Largo Winch series, which is celebrating its 30th anniversary, examines the modern-day economy from a human perspective – through a character who is a bit of an idealistic “boy scout”, with this paradox: when you inherit an industrial and financial fortune, what perception can you truly have of social reality? How do you view fairness? Justice?

How can you change events and, crucially, to what end? What hopes and goals can an ultra-high-net-worth individual have apart from living off their private income? And last but not least, does a rich man deserve to be happy?

Is a company manager with a host of responsibilities allowed to have a taste for adventure? The exhibition sets out to answer these questions in chronological order.

In the middle of this room, visitors will find a holographic elevation of the Winch Tower Mansion (adapted, modelled and animated by Gaëtan Francq), the W Group’s new headquarters in Chicago, from the album Colère rouge which came out in 2012. As early as 2010, Philippe Francq felt the need to modernize the W Group’s environment, not least its American headquarters, which was very “1990s”. To do that, he took his cue from and gave his own interpretation to an architectural project by prominent French architect Hervé Tordjman: the Guangzhou Twin Towers which twist like a DNA structure. It turns out Tordjman was a fan of Largo Winch and the two designers swiftly got in touch. From 2012, Hervé Tordjman became Largo Winch’s “official” architect. His collaboration continues in further albums, particularly the Signal Tower project in Puteaux, which would feature in the two-part album Chassé-Croisé / Vingt Secondes. The W Group occupies the top seven floors, with the others reserved for the Group’s hospitality division.

The exhibition devotes time to the subject of public takeover bids and presents an interview with Olivier Bossard, going over the landmark dates in the financial world over the 30 years of Largo Winch, from 1990 to 2020.

The exhibition is available immediately following the presentation in Paris, late 2021 or early 2022. 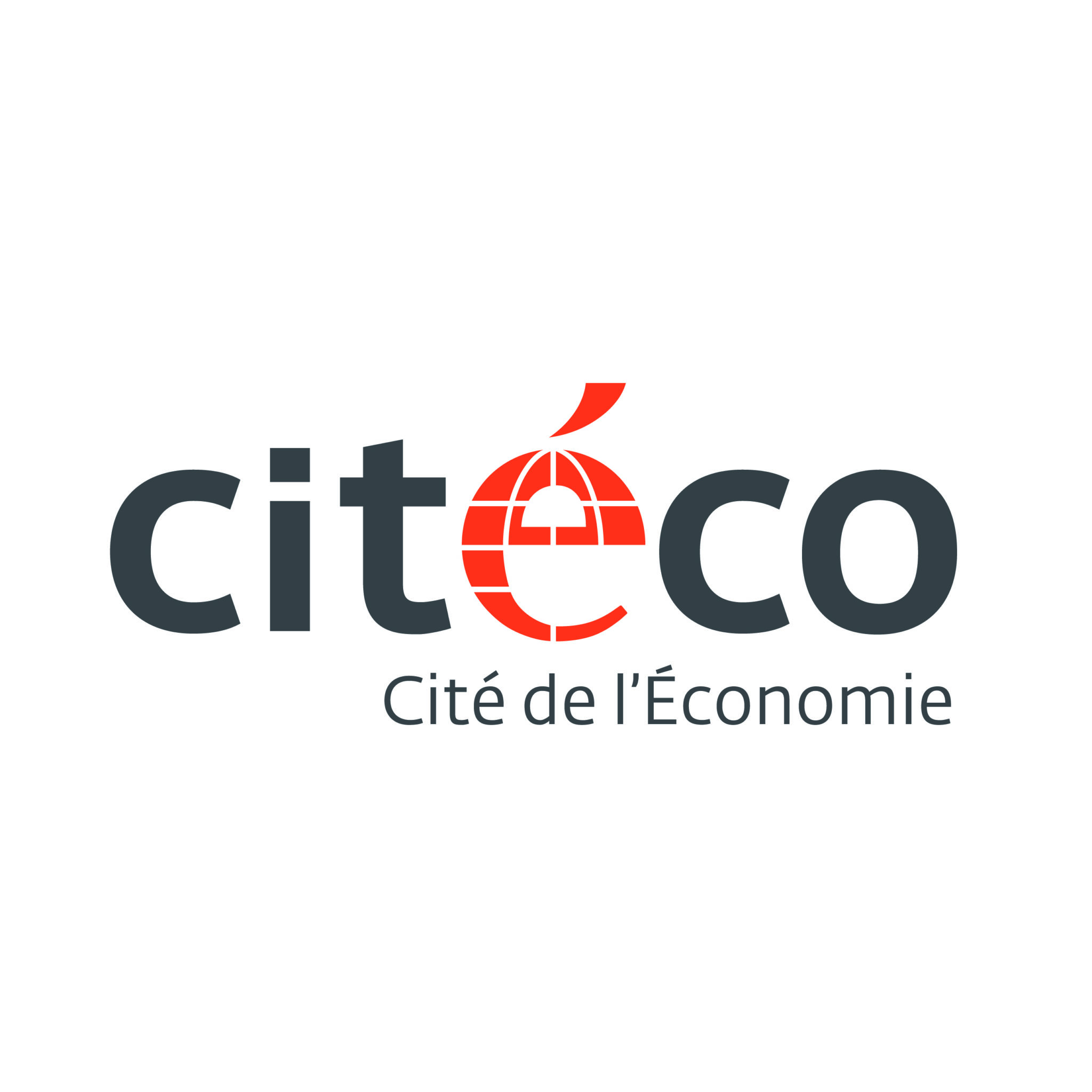 One Sky, Many Worlds: Indigenous Voices in Astronomy

Genghis: Rise of the Mongol Khans

US AND THEM: FROM PREJUDICE TO RACISM

Help us imagine the future of touring exhibitions!

Click on the button below to answer the international survey before 5 February 2021.

Help us imagine the future of touring exhibitions!

Click on the button below to answer the international survey before 5 February 2021.